Catalina landing without nosewheel out. 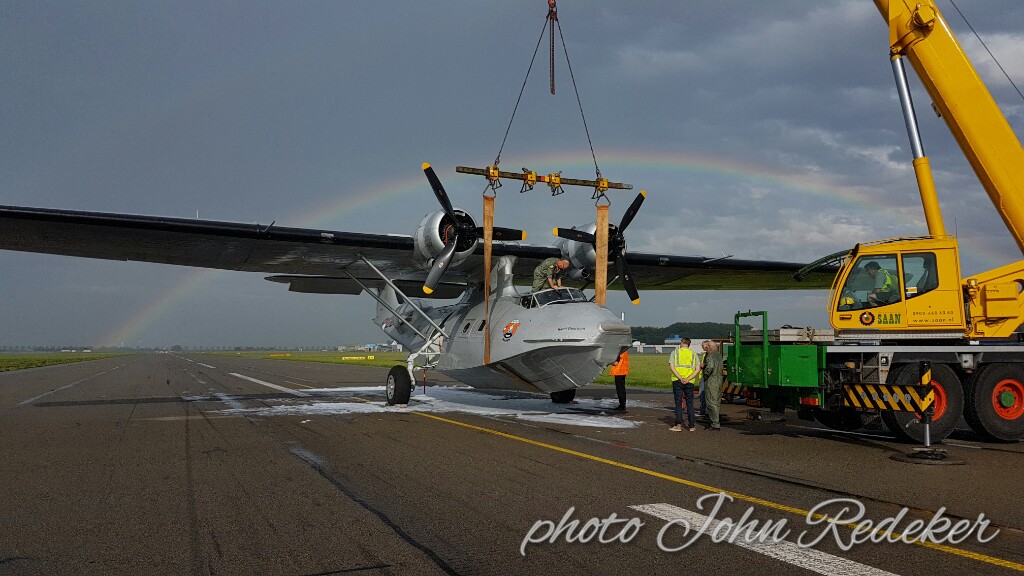 On August 15, 2017, after the successful and further planned fly-pass over the Dutch Indian Monument in the Hague, it turned out that by returning to Lelystad Airport that the nose landing gear did not come out. A landing without nose wheel was prepared and carried out.
All occupants could leave the plane without any problems, and were brought to the Aviodrome Museum to come to the story.
In the meantime, the plane was put back on its landing gear again and towed to the Catalina Hangar for further investigation and repair.

If there is more information later, this will follow soon.

We use cookies to ensure that we give you the best experience on our website. If you continue to use this site we will assume that you are happy with it.OkRead our privacy statement